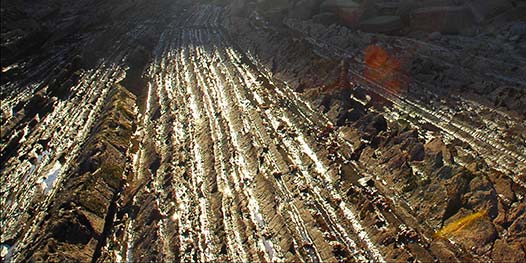 There’s a great old allegory that crosses the religious and cultural boundaries of the East and West. Some details vary, but the message is identical. There are two rooms, one representing Hell and the other Heaven. Everything in the rooms is identical. There are tables, sumptuously covered with delectable food, with people seated around the tables. Every person has a lengthy spoon (western edition) that enables each one to reach the entire feast spread before them. The spoon is attached in such a way as does not allow people to feed themself. In the room that is Hell, greed keeps them from feeding each other, even though the spoons allow for that, so there is constant lack. In Heaven’s room, the choice has been made to feed each other, so there is no want.

We must choose now whether we will destroy ourselves in hell or thrive in heaven.

For a more detailed version of the story in poem form, check out this delightful rendition The Three Foot Spoons.

We’ve attained a level of knowledge that cannot be sustained in the age of reason (enlightenment). Why? Because knowledge and power are linked in this era we have worshipped for 500 years.

This is Part 4 of  We Must Act Now Series.
Part 1: Here We Go!
Part 2: It’s Time for Substantive Dialogue!
Part 3: When Demonizing Marks Dialogue

Knowledge can take us anywhere we want to go. It can also precede us in ascending pinnacles we are unable to descend when we discover destinations untenable to our survival. Ultimately, knowledge is capable of reaching beyond our power to control it. We are climbing that pinnacle at this moment.

How do we escape the untenable position?

By removing Power from the driver’s seat.

It always ends up corrupting whoever has it, so knowledge is never completely safe in its care. Put it in the passenger seat.

We must give the driving to Selflessness.

It is time to re-think everything that we glorified in the age we called enlightenment.

If we don’t, we have chosen a room called Hell, and we won’t survive.

We need to call the best and the brightest from every discipline together and consider what it will take to move into a new era with Selflessness driving.

If the age of reason can bring us to the room called Heaven, the era of enlightenment will have fulfilled its purpose.

And we will have enabled a new era.