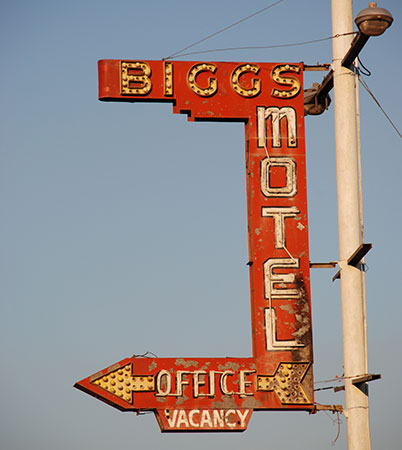 Don’t you love the word “modern”? If you see it on a sign for a motel, it means dated.

Fifties or sixties maybe, but not current.

It was the last of the descriptors of the Era of Enlightenment that denoted a period of stability.

We did things a certain way.

“Modern” was short-lived, because it was the cusp of “constant” being an adjective describing “change”.

Institutions loved Enlightenment. They had time to form with premises and logic and conclusions that people could speak about with religious fervor and zeal. They are slow by nature and not given to change. It makes them uncomfortable. They are the brakes that let us slow down and reason. Change that happens too fast is called heresy.

Enlightenment is based on predictable change. Time is involved. Gather the knowledge that we presently possess and proceed in a sane and foreseeable manner.

We all want to advance, as long as time is undemanding in its progress.

Knowledge is power in the era of the enlightened, but it is accessible to many, so when it gives power to someone, all that’s needed is a little time to level the playing field again.

Not all by themselves, but when the ever-increasing speed of data processing intersected with the unremitting acceleration of knowledge volume, those Nano-seconds became the measurements of time that change occurred in.

Enlightenment eliminated by knowledge, its very progenitor, when it materialized faster than could be managed by the era- produced institutions.

Institutions are the management tools of eras.

They are not into leadership.

When they are no longer able to manage the elements of change, a new era begins.

And “Chaos” is its current name, until we find ways to manage it.

Then we can name it something else.

We are in the entrepreneur stage of the era. It’s a bit nerve-wracking and scary. It feels out of control and we are not comfortable with it.

We need leaders now. Managers are not needed until later. We have to get ahead of the chaos, or it will destroy us.

Opportunists will not do. They will only speed the destruction.

Government, corporate, religious and educational structures of the Enlightenment Era have already become irrelevant in their ability to handle the chaos.

It’s time for us to rise to the task of a new era. If we do not, it may be difficult to survive what it brings, let alone thrive within it.