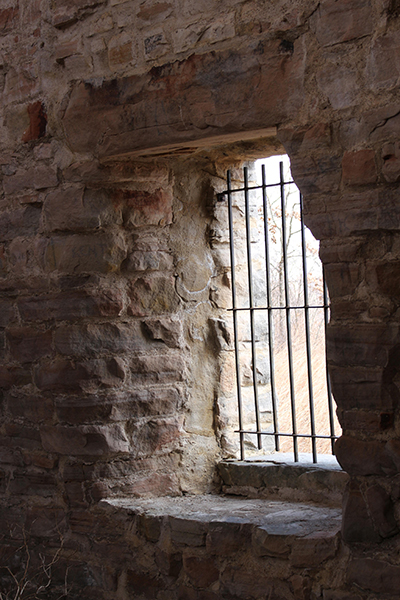 He needed freeing once before…

It changed the world.

I hope we can help him escape again.

The first time he was chained up it was in Jerusalem. There were followers there that wanted to make him the founder of a sect of Judaism.

A radical bunch jail broke him and snuck him off to Antioch.

A guy named Paul headed that up.

He got in big trouble over it.

The first people they called Christians came from Antioch. It was kind of like someone spitting on you when they called you that.

Several hundred years later a guy trying to gain complete control of the Roman Empire found it politically expedient to make it official that Christianity would be the Roman Religion. So he called a council to standardize it. Good move for him. Bad move for Jesus. Jailed by another Religion.

So when God decided to talk to a world controlled by powerful religious sorts, He chose a language that needed no translation or interpretation or authoritarian books. The stories of it were enough. He spoke Jesus.

Anybody can hear these stories and relate. Love God, love people. Treat others like you’d like to be treated. Protect those weaker than you. Get mad at those who use their power to take advantage of others. Live selflessly. Fix things. Make this world better. Learn to live wisely. Be willing to die for what you believe in.

So Jesus is the language God speaks when He wants to look me in the eyes and teach me how to live. Not interpreted texts and scriptures or doctrines and theologies spoken from high pulpits of learned and educated powerful elites.

We need the voice of God again, loud and clear.

So I’m looking for a bunch of people who think enough of Jesus to help jail break him from the second religion that’s put him behind bars.