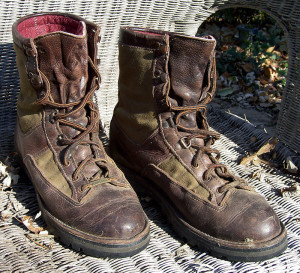 Now, when I was a kid, I was raised with a 90% mentality. We were pretty good conservative Christians who believed it our duty to support the local church. We gladly put 10% of our income in the offering plate along with several others who interpreted the Bible to say that’s what every good Christian did. Now I don’t mean in any way to disparage this, even though I’ve changed over the years in how I view this voluntary tax we called tithing. We taxed ourselves so we could support something we viewed as essential to life and given by God Himself.

There were other things I was taught that I won’t tire you with, but suffice it to say, setting aside 10% became a big habit in my little life. Now I’ve never been rich, but I’ve done okay and never been poor, even if the government has declared me such a few times. Now adjusting for inflation (sounds good-like I know how to do that), I figure the church has received somewhere over a quarter million dollars from me in the last fifty years.

I may not be the Gates Foundation, but a quarter million dollars still isn’t pocket change. I wish, back when I started this little habit, someone would have shared with me what I’m about to share with you…but wait, I’m getting ahead of myself.

Indulge me with a few moments of dreaming in incomprehensibility. I’m pretty average, and median household income figures would bear that out here in the United States. There are approximately 112 million households in the U.S. 10% of the income of this country this year would be something like 500 billion dollars. Extend that over 50 years and it amounts to 25 trillion dollars give or take 50 cents or so.

Now what I learned was that it wasn’t so hard to live on 90%. In fact, knowing what I know now, it wouldn’t have been impossible to live on 80% and put another 10% in savings, but we weren’t exactly financial wizards, so I didn’t learn that piece and am not reaping the incredible benefits of that today.

So, am I just pipe-dreaming? Might be. But if I can somehow get your heart and soul attached to this idea, we just might change the world after all. So let’s start developing it.

If I started acting out this possibility that I could do everything else I needed to do on 90% of what I make, how much would I have to invest in a better world with? For the sake of this conversation, I’ll work with the law of averages and put it at $5000 per year and a quarter million for a lifetime. Don’t let it worry you if you make more or less than average; if you do the numbers, it will still blow you away.

In fact, consider that you might want to team up with a few others in a little “Make the World Better” investment club. Four families could average $20,000 per year and a million dollars over a lifetime. Seems to me you could do a lot of good with that kind of money!