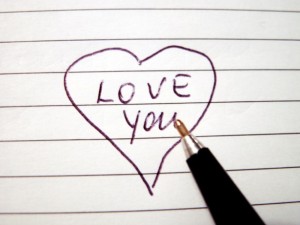 Hey-a question for you: Do you need saving? No…I don’t mean something like…”did you give your life to Jesus?” Or…”did you pray the sinner’s prayer?” Strange terminology-this religious talk we use. Many of my prayers are “sinner’s” prayers. i.e.-every time I ask for forgiveness; which in my case is frequently! And: what does it really mean to “give my life to Jesus”?

No, what I’m asking about has more to do with things like: Do you think in unhealthy ways? Do you have a sense of value that’s somewhere near the bottom of the barrel? Do you have habits that rob you of reaching your potential? Do you even believe you have any potential?  Or is that something that others have? Do you really believe God cares about you? Or do you think He wishes you’d just be quiet and melt into the woodwork?

I think we all need saving for real. Not just in some “religious mumble-jumble way” that really doesn’t allow me to “give my life to Jesus” in any way that allows Him to use my potential to make this world a little more like Heaven.

There it is: Another word that’s become trivialized by our religious connotations. But it’s the key. Believe. Both who and what we believe. All of us believe, but believing the wrong people and believing the wrong things is what we need to get saved from. We’ve often allowed people who were not full of grace and truth, but full of condemnation and selfishness, to be the ones who write on our hearts. The ones that define us.  But the only One able to accurately define us has had the mute button pushed on His voice, because we have believed a lesser voice. We have believed a voice of condemnation as if it were God speaking when it was really the voice of destruction speaking through someone’s selfishness.

My accurate defining can only come through grace and truth, and never with condemnation. Even when the truth is difficult because I am not living in it at the moment, it will be spoken in love, never in condemnation, if it is the voice of God.

Once we have believed something, we will act out of it, even if we wish it were different. Often we spend our lives living out of faulty, erroneous beliefs about ourselves, so when we are told a gracious and loving and encouraging truth about us, we simply don’t believe it, because we have bought in to a lie of the one who longs to destroy us.

How do we hear the truth? Why do we listen to lies instead? We want to hear the voice of God, and we often ask Him to speak to us. It reminds me of this old story:

A man was sailing on the sea in the midst of a terrible storm. His ship was being tossed around like a toy boat, and in the end, the ship gave up the fight and sank into the deep. The man, however, managed to stay afloat and clung to life until the morning when the storm passed and calm was restored.

His life now depended on being rescued, and happily, in a short while, another ship came along, saw him bobbing up and down in the water and came along side to rescue him. The man’s reply was that God had saved him up to this point and that God would save him again. He did not require rescuing.

The man in the rescue ship was surprised, but being unable to convince him to come aboard, continued on his journey.

Soon enough, another ship came along, and it too offered to rescue our man, but again, he refused saying that the good Lord would save him.

A few hours later the same thing happened, but again he refused.

Eventually, the man succumbed to exposure and exhaustion and his body sank beneath the waves. His soul ascended into heaven.

At the gates of heaven, he met St. Peter and in fact was more than a bit resentful, stating to St. Peter that he had put his trust in God. Why hadn’t God saved him?

God sends people to speak the gracious words of life that save us from an existence lived out of harsh, condemning and defining lies we have believed; but I think we’re waiting for a booming voice like thunder from a cloven sky. The lies are often spoken in a way that shout that they are truth. Like the proverbial pastor who writes in the margin of his sermon notes: “Weak point, shout loud!”

Listen to the loving, gracious voices in your life. They are the very voice of God, spoken through someone’s thoughtful, generous, truthful lips.

If there was condemnation or pride or selfishness in the voices that have guided your life, know that you have heard the words of the one who would love to see you destroyed and your potential never reached.  Some will write with grace and truth on your heart and some with law and condemnation.

Only believe those who speak with grace and truth, and you will have heard the voice of God saving you.

Only speak graciously the truth of what you see of God’s design in a person, and you will write salvation on their hearts and be the lips that God can trust to speak through.